From the Dolomites to the Atacama Desert, Eli Orzessek picks the best destinations for a cycling holiday.
While other European destinations are lauded for their smooth roads, the Tuscany region in central Italy is known for its white gravel roads that run between the tarmac. With the diverse landscape encompassing the rugged Apennine Mountains, there’s plenty to explore. In spring, Tuscany hosts the Strada Bianche race, which ends in Siena and is a favorite of competitive cyclers. Visitors can also take part in the L’Eroica sportive in October, which pays tribute to cyclings’ past — riders must use bikes built before 1987 and wear kit to match.
The Dolomites mountain range is another great place to explore if you’re looking for challenging climbs. Two annual events close the roads to cars, so try to book your trip around Sellaronda Bike Day and Dolomites Bike Day. These events are welcoming to all. And if you’re looking for more of a challenge, the Maratona Gran Fondo in July traverses 138km with 4230m of climbing.

If you’re keen on coastal cycling with dramatic landscapes to admire, South Africa’s Cape Town region is the place to be. Routes to explore include the Smitswinkel climb, Cape Point Nature Reserve, the Misty Cliffs, and Chapman’s Peak/Suikerbossie double ascent. In March, Cape Town hosts Lifecycle Week, which includes sportives, mountain bike events, and competitive races. Vino-lovers will be in heaven — tours of the Western Cape’s Winelands will give you the chance to sample some of South Africa’s sauvignons and chardonnays in your downtime. In the Eastern Cape, the Owl Route is a 50km mountain biking route that runs through the Sneeuberg Mountains, ending in the quaint town of Nieu Bethesda. The route is reasonably flat, which gives you the chance to take in the serenity and scenery of the area.

As the home of the world’s most famous bike race, it’s no surprise France is high on most cyclists’ bucket lists. Try out some of the climbs of the Tour de France, in the Pyrenees mountain range, which stretches for more than 430km between France and Spain. Ascents include the Aubisque (30km at 4 per cent or 16km at 7 per cent), Tourmalet (17km at 7 per cent) and Hautacam (17km at 7 per cent). It’s cooler here in the summer, making it a good option to explore when Spain is too hot. In the French Alps, Morzine is known for mountain biking, but road cyclists will also have a ball here. With plenty of flat stretches, there are options for cyclists of all levels — and you can also travel over the border into Switzerland for a change of scene.

N the Mediterranean coast of Spain’s mainland, Calpe and Denia are well set up for cyclists, with a variety of flat terrain and climbs. There’s a 35km distance between the two, with plenty of beautiful beaches to relax on along the way. The Catalonian city of Girona is home to many professional cyclists for a good reason — it includes some famous climbs, including the 10km Rocacorba, 11km Els Angels, and 10km Sant Hilari. It’s also known for its lively social scene when you’re ready for some off-track entertainment. 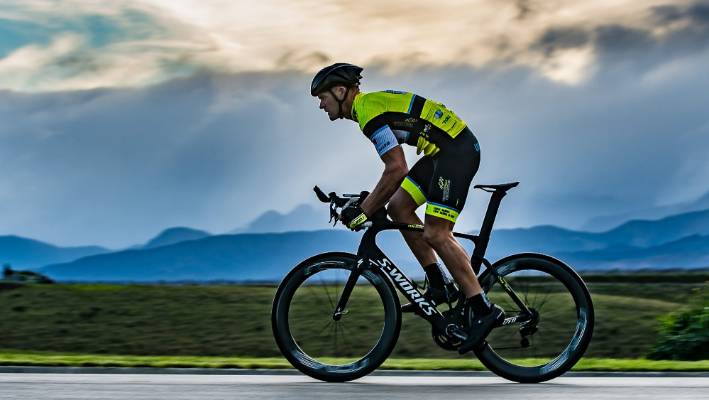 Mallorca, the largest of Spain’s Balearic Islands, is also a fantastic location to explore by bike, with many tour companies and hotels cater to cyclists. With flat stretches, rolling hills, and more challenging climbs, there’s something for all areas of expertise.

In this South American destination, nature rules. While you’re riding through Chile’s beautiful mountain passes, deserts, and snowy mountain ranges, you may face some wild weather — but that won’t even matter as it’s such an incredible experience. Those interested in Chile’s animals and wildlife will want to head to Lauca National Park, where you can spot some rare creatures while cycling past volcanoes, rivers, and the Atacama Desert. For seaside views, Pan de Azucar National Park takes the coastal route and travels through valleys filled with many cacti. Both destinations are perfect for a mountain biking adventure. But if you’d rather take it slow and sample some of Chile’s famous wines, vineyard cycle tours through Casablanca and Colchagua are also becoming increasingly popular.

‘I had a huge swelling’: why my life as a female cyclist led to vulva surgery