The University of Arizona Cycling Team is again seeking to reform UA policies on bicycles, particularly students not being allowed to have their bikes in dorm rooms. This next phase of pushing for policy change from the UA Cycling Team comes after one of their members, Spencer Ciammitti, a freshman engineering major, had his racing bikes stolen from Árbol de la Vida Residence Hall on Feb. 14.

According to Ciammitti, his roommate woke him up the morning of Feb. 14 and told him his bicycles were gone. Ciammitti said he found a University of Arizona Police Department officer outside the dorm, and they pieced together how the thief broke into the dorm’s bike locker. Ciammitti said evidence the UAPD officer and himself found made it seem that the perpetrator used an angle grinder to cut through the side paneling of the dorm’s bike lockers to get inside and get the bikes. While this is the most recent theft of a UA Cycling Team member’s bicycle, the UA has a large number of bike thefts so, it is not the first, according to Joey Iuliano, a doctoral student in the UA School of Geography and Development and the president of the UA Cycling Team.
Iuliano also said he has been trying to get the bicycle ban in dorm rooms removed since 2013.

He explained the reason he has been trying to change the policy for so long is it can negatively affect the team’s ability to properly function. According to Iuliano, the university does provide bike lockers to keep bikes secure. Iuliano said, however, that the bike lockers usually cost over $100 each for a year and only hold one bike, which is a problem for competitive bicyclists, who usually have more than one bike. He also explained that the system that assigns bike lockers does not assure one location. “There’s no guarantee that you’re going to get three that are side by side, or you’re going to get any that are even close to your dorm,” Iuliano said. “They’re not that well situated. They don’t have a lot of them. Some are located close to dorms, but you have no idea.”

According to Iuliano, the inconvenience of the bike lockers has affected freshmen and sometimes graduate students’ decisions on choosing to stay on the team, as freshman students on the team sometimes either do not stay in the dorms because they can’t keep their bicycles in the rooms or they use the bike lockers for a while and then quit the team because of the inconvenience. Iuliano had met with Housing and Residential Life staff before and said they listened to and seemed to understand why the Cycling Team wants to have their bicycles in the dorms but at the same time stood firm about the rule of not allowing them. Iuliano said the Residential Life staff he met with said they would add more bike lockers close to the dorms to help them, but he is unsure if he has really seen them. Herb Wagner, the director of the Occupational/Environmental Health and Safety sections of the Risk Management Services department, said bicycles are not allowed in any buildings on campus, not just the dorms. He said the policy was introduced after students brought their bicycles into classrooms and hallways, creating safety issues, especially in evacuation situations. 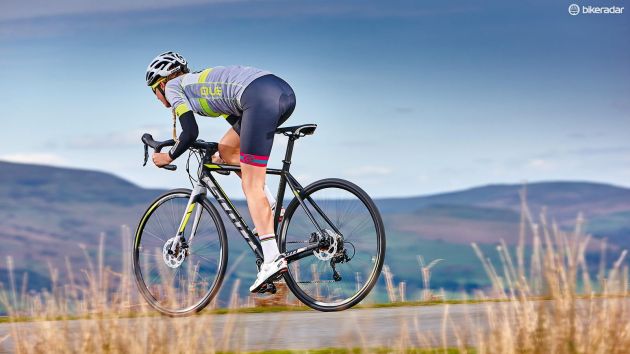 According to Wagner, the problem they are trying to prevent is people grabbing their bikes in an emergency evacuation and preventing people from exiting as fast as possible. According to Ciammitti, however, students can store other large, expensive equipment, such as skis, in the dorms, which he sees as unfair treatment to cyclists. “It’s not like we’re going to be riding our bikes down the hallways of the dorm and stuff like that,” said Ciammitti. “We just want those in our rooms to give us some kind of aspect of security.”

Iuliano said he met with staff from Residential Life the week of March 18 and discussed what could be done.
“They are exploring several different options to help improve the situation,” Iuliano said. “They’re improving the security of many of the enclosures by replacing the bars with a metal mesh that is much more difficult to cut through. TIn addition, they’re looking at installing more bike lockers. And we’re having a meeting with the Rec Center about space to store bikes there as well, so I’m thrilled with the efforts so far.”

On ya bike: Best destinations for a cycling holiday