CCC-Liv rider Ashleigh Moolman-Pasio, last year’s Giro Rosa runner-up, spoke to The Bradley Wiggins Show’s Graham Willgoss about being the first African on a Grand Tour podium, greater exposure for women’s cycling, and what it’s like to co-lead a team with Marianne Vos. It’s kind of weird to be co-leading with Marianne Vos because I got into the sport much later in life, so I remember 10 years back riding with Marianne and being really green and inexperienced, and she was the rider to look up to. And now, 10 years later, being co-leader with her on a team is quite a fast turnaround. So I’m really proud to be in this position, and it’s really amazing to be riding on a team with Marianne. 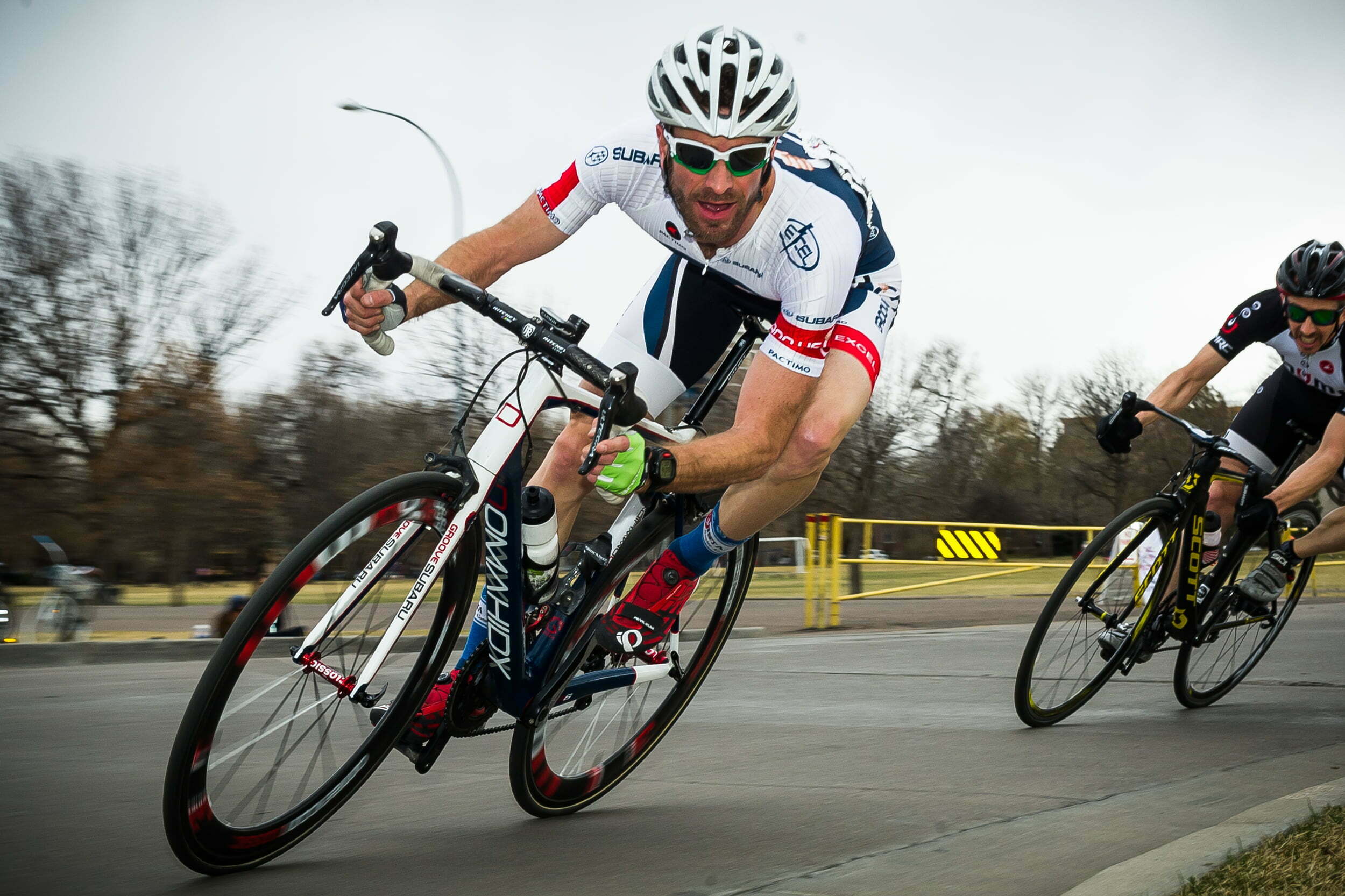 We were playing the cards game at Strade Bianche. We had two in the final, and ideally, you want to use that two-way advantage. Quite honestly, unfortunately, I wasn’t having my best day for various reasons, so I just didn’t feel like I was in the position I wanted to be in so we could play the game with our numbers there, so in the end, I think it came down to the point where both Marianne and I were at the limit. So we just did what we could [with Moolman-Pasio finishing sixth and Vos seventh – Mitchelton-Scott rider Anna van Vleuten’s solo break put her out of reach as she crossed the line 37 seconds ahead of second-placed Annika Langvad (Boels-Dolmans)]. So it was a powerful team performance, and that was a good thing. But in the end, it didn’t really play in our favor in terms of finishing it off.

It’s really great to be back in the African Champs jersey and wear the South African flag every time I race, but it does mean that I look a little bit different from the rest of my teammates. So I was a little bit disappointed in a way because I really do like the orange; I think it stands out. But I think my white jersey with the South African flag stands out too. And I got some excellent feedback from people saying: ‘It’s so great to see you back in the jersey; it really belongs to you.’ [This season is the fifth time Moolman-Pasio has worn it.] So, yeah, it’s actually quite amazing all the positive feedback we were getting from Binda, too – it’s like people don’t really expect to see me on the front pulling for Marianne. And, of course, it means I’m sacrificing something because I also have a relatively good sprint, so I probably could have finished on the podium. But I knew Marianne is just exceptional in those types of finishes.

That’s the thing with women’s cycling: the more we get exposure, like we are, with people being able to see what we’re doing, then it always makes that kind of effort worthwhile. Because that’s always been something that’s been a bit of a disadvantage to women’s cycling – it was only really the results on paper that people saw. So making an effort like that, especially as a race leader myself, you might have felt like: ‘[Exhales] You know, no-one would have noticed, or no-one saw it.’ And it’s not like I’m doing it only for people to see, but it just really is great when you get all the positive feedback about how good the teamwork was, or: ‘That was so exciting.’ Then it really makes that effort worthwhile.

Our Omloop Het Nieuwsblad race being brought to a halt, I think, was an excellent thing, to be honest [when a solo break from Nicole Hanselmann (Bigla Pro), the leader of the women’s race, which set off 10 minutes after the men’s, meant she almost caught up with her male counterparts and found herself in danger of being impeded by their support vehicles. So the event organizers neutralized the women’s race to restore the gap between the two groups.] So even though it was really frustrating for us in that race scenario, it’s good for women’s cycling. Because it really does show and highlight the level of women’s cycling is getting better and better every year, and it’s actually really high at the moment.

It was also a little bit annoying, to be honest, because [the race was stopped] before quite an important cobbled section, we’d all started organizing our readouts, and it was at a point where a lot of work had already been done to establish a position for the cobbles. So I think we stopped 2kms literally before a cobbled section. So in that way, it was kind of frustrating because I was one of the riders who’d done quite a lot of work to make sure the team was in a good position, and that’s kind of all null and void when you start again. So it became like a massive sprint to be well-positioned for the cobbles. So, in the end, it didn’t really make a difference. But it was just annoying that you’d done all that work and it was kind of wasted. And in the case of the breakaway, like for Nicole, it was also disappointing for her. Because although she [re-]started ahead and got the gap that she had made, suddenly there was better motivation to catch her, and she had lost her momentum. So it definitely did interfere with the racing, which was frustrating.

It’s just showing that the pace in the peloton is that much faster; the level is super, super-high. And it’s not only Omloop Het Nieuwsblad but even Strade Bianche, for example, with the exposure that we did get. I mean, it was scheduled to be the last hour of the race [that was broadcast], but it ended up being only half an hour because we were half an hour ahead of schedule. So, I mean, I don’t think you can ever really compare us to men’s cycling, because we are different, it is a slightly different sport. But I think it’s just a good advertisement for women’s cycling that the level is really that high and we’re not boring or – like people used to think – it’s not a tea party! We’re there to race. And we’re racing fast.

My first focus for the season is on the Ardennes Classics. So, Amstel Gold, Flèche Wallonne, Liege-Bastogne- Liege. Then soon after that will be the Tour of Yorkshire and the Tour of California. So that will be my first peak for the season: middle of April to middle of May. Then the next big goal would be the Giro Rosa [in July]. And it looks to be an exciting course again, with a hilltop finish on the [2,621m high] Passo di Gavia and also a really challenging individual time trial [in Cividale del Friuli, in the foothills of the Eastern Alps]. I said last year that an African rider would place on a Grand Tour podium. So I suppose I was a bit annoyed by hearing Doug Ryder [Team Dimension Data for Qhubeka Team Principal] – who does an amazing job, and obviously, I really want to say ‘Great work from him,’ – because there is always this focus on Dimension Data being ‘Africa’s Team’ and the talk of getting the first African on a Grand Tour podium to come from Team Dimension Data. And I think I was just sort of saying: ‘Hey, don’t forget about the women! Don’t forget about me! I’m also African!’ So I set myself a big goal – I had already publicly announced it, basically. So yeah, I suppose that kind of added to my motivation during the Giro. Obviously, it would be really nice to win, and that’s still a goal. But second place was also really amazing.

My biggest challenges this year are the usual ones you might expect: Annemiek [van Vleuten, who beat Moolman-Pasio by 4:12 to take last year’s Giro Rosa title] and Anna [van der Breggen, Team Boels-Dolmans].
I live on this beautiful Catalan estate, the traditional name for it is Can Campolier, where we are running a cycling tourism business called Rocacorba Cycling. We believe it’s perfectly positioned, just a little bit outside of Girona, outside of the hustle-bustle and all of the traffic but perfectly positioned at the foot of Rocacorba and above the Lake of Banyoles [the rowing location for the 1992 Barcelona Olympic Games]. So we have beautiful views of the mountains and the countryside. Still, we are also literally 1km from the town of Banyoles, which is quite a sporting town – probably more popular with the triathletes at this point because of the lake and the open water swimming lane. But we love living here; we have such great access to amazing roads that are really quiet, good diversity in the terrain. From big climbs, with Rocacorba literally on our doorstep and we’re not far from the big climbs like Vallter [the summit finish where Adam Yates (Mitchelton-Scott) won Stage 3 of this year’s Tour of Catalunya ahead of Egan Bernal (Team Sky) and Dan Martin (UAE)], to rolling hills or flatter roads closer to the coast. And then it’s literally a half-hour ride to Girona if you want to have a coffee at La Fabrica. Perfect!

Gerard Pique and Shakira were interested in Can Campolier, and a Dutch couple were also keen, so we had to jump in fast, and it felt like a little bit of a race. But in the end, we won, and it’s amazing to have it, and it’s just something that definitely motivates me. I really love having this project [Moolman-Pasio and her family restoring the property and have plans to turn part of it into a world-class athlete performance center] – even though I’m riding full-time. I have an amazing team around me in my family: my dad, step-mum, and my husband, as well as some other people working for us. So the property was very sought-after. It came on to the market suddenly – the guy who inherited it, his parents passed away, and he didn’t want to hold on to it any longer.
I’d like to ask Brad: what’s his fastest time is up Rocacorba? I’ve heard that – it’s not official – but he’s rumored to have set the time of close to 26 minutes. So I was just wondering if he could clarify if it’s true or not. I’m still Queen of the Mountains [at 34 mins, 41 secs], but to be honest, the last time I actually officially recorded on Strava was 2013. So it’s a little bit outdated – I think it’s 34 minutes, if I’m not mistaken. But I’m definitely scheduled to do a more updated version of a proper time trial up Rocacorba. So I should be doing that soon, I think! I’d like to get closer to 31-32 minutes. Maybe 30 minutes, if I could!

For a little context, the Rocacorba climb is 13.8km with an average gradient of 5.7% and a maximum of 10.5%, although, with two downhill sections, it’s probably more like 7% when you’re climbing. Matt Stephens’ best time is 32 mins. Graham Willgoss: 52 minutes + some change. Current KOM James Knox (Deceuninck Quick-Step): 27 mins, 39 secs. Find out Brad’s time on Rocacorba by downloading The Bradley Wiggins Show by Eurosport on your podcast platform of choice.