Todd Helton is well known throughout the sports world as a generational athlete and one of the most successful professional baseball players in Major League Baseball throughout his 17-year career. His athletic successes started at a young age and continued until his retirement. Due to his success, he is consistently up for consideration for induction into the Major League Baseball Hall of Fame. 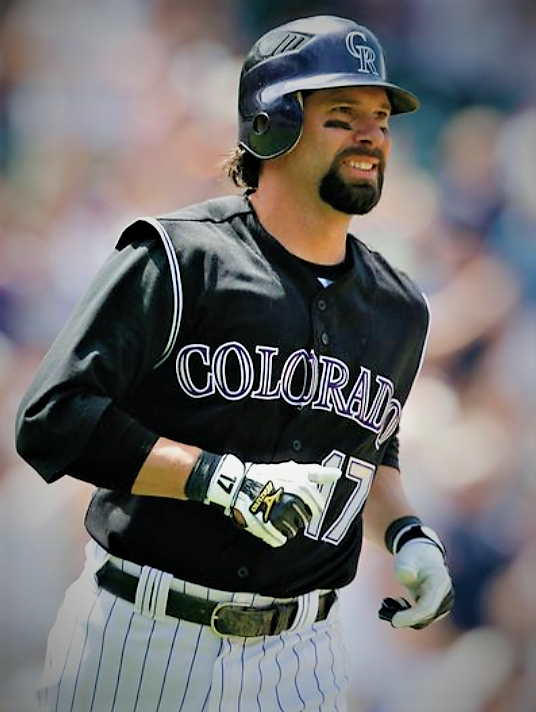 Todd Helton stood out as a successful athlete from a very young age. Helton is from Knoxville, Tennessee, and was recognized as one of the best athletes in the country by the time he left high school. While he was in high school, he was named an All-American baseball player after hitting an amazing .655 with 12 home runs. He was also a standout quarterback, which gained interest from college programs across the country. While in high school, Helton was drafted in the second round of the Major League Baseball draft by the San Diego Padres, but he opted to go to college.

Todd Helton Was Multi-Sport Start at the University of Tennessee

Instead of starting his baseball career, Todd Helton decided to go to Tennessee to play baseball and football. While in Tennessee, Helton was one of the best players in the country. He was even named the National Collegiate Baseball Player of the year his junior season. Due to this success, he was the eighth player drafted in the 1995 MLB Draft by the Colorado Rockies. In addition, Todd Helton started a few games for the Tennessee Volunteers at quarterback ahead of future NFL legend Peyton Manning in football.

Todd Helton Had a Long and Successful Career with Colorado Rockies

While some successful players in college struggle professionally, this was not the case for Todd Helton. Within two years of being drafted, Helton was called up from the minor leagues, and he quickly took over the starting first base position. Helton was a unique player in the modern baseball age, in which he spent every one of his 17 years with the Colorado Rockies. In that time, he was named an All-Star five times; he won three Gold Glove awards, four Silver Slugger awards, and amassed more than 2,500 hits over his career.

Eventually, Todd Helton decided to retire from Major League Baseball. Since retiring, he has received several major acknowledgments. Helton’s number 17 jersey was retired by the Colorado Rockies, and he was named a member of the University of Tennessee’s sports Hall of Fame and the College Baseball Hall of Fame. He has been eligible for the MLB Hall of Fame since 2018 and has seen an increase in support since in ballots. Due to his professional successes, there is a good chance he could be enshrined in the coming years.