Despite the health-boosting and air-cleansing benefits of bike riding, cyclists have a reputation. Drivers just don’t like them. Maybe it comes down to the Oakley sunglasses or the lycra. Still, research published this month has another explanation: drivers and cyclists just can’t share the road for deep-seated behavioral reasons that may drive far more hostile human tendencies. One paper, published in Transportation Research Part F: Traffic Psychology and Behavior, suggests that tension between drivers and cyclists actually runs so deep that they don’t see each other as members of the same species. 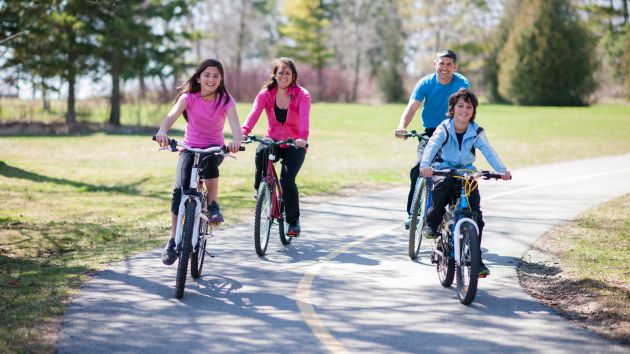 Their research, conducted on 442 Australians, showed that people who don’t ride bikes tend to rate cyclists as “less than human.” What they viewed those bicycle-riding fellow humans as is slightly terrifying. According to a highlight useful pictorial scale developed by Alexa Delbosc, Ph.D., a senior lecturer in the Institute of Transport Studies at Monash University, Motorists actually saw them as cockroach-like. In the paper, the authors propose that one of the major reasons cyclists are seen as less than human is because they look and act differently than we expect them to. In other words, they don’t seem human, so we don’t treat them as such:
“They [cyclists] look and act differently to typical ‘humans,’ they move mechanically, and their faces are not often seen by motorists, blocking empathic responses that might humanize them,” the authors write. “If dehumanization of cyclists is occurring, this could be contributing to the hostility and aggression experienced by cyclists on the road.”

The idea that cyclists and drivers don’t get along isn’t just anecdotal; there’s data backing up the idea that cyclists really annoy drivers. For example, analysis1692 online diaries from UK cyclists in 2015 study found that UK cyclists reported harassment every month. Another in 2011 found that 16.6 percent of cyclists report having had objects thrown at them while on the road. In Delbosc’s sample, she found that 40 percent hadn’t ridden a bike in the past year, which put them in the “non-cyclist category,” the remainder reported different levels of bike activity (a once a month versus weekly riding, for instance) but overall were grouped in the cycling category. From there, her team developed a “blatant dehumanization slider,” a pictorial scale that ranged from a cockroach to an actual human being on a sliding scale, and asked people in each category to rate how “human” they believed cyclist was on that scale.

Overall, the “non-cyclists” rated cyclist an average of 73.7 percent human — somewhere in the cockroach-human hybrid territory. People who were counted in the cyclist group rated other cyclists as 88.7 percent human on average. But more importantly, the “dehumanizing attitudes” were associated with greater hostility towards cyclists: people who rated cyclists as 89 percent human or less showed almost twice as much aggressive behavior than those who saw cyclists as 90 percent human. As entertaining as the sliding scale from human to cockroach is, Delbosc’s study actually hints at a bigger, more important concept in human behavior. It’s far easier to act nasty towards someone who doesn’t look or behave like yourself, and that nastiness can drive far more wide-reaching and dangerous hostility on and off the road.“When you don’t think someone is ‘fully’ human, it’s easier to justify hatred or aggression towards them,” Delbosc said. “This can set up an escalating cycle of resentment.”